TALES FROM THE LAKESIDE 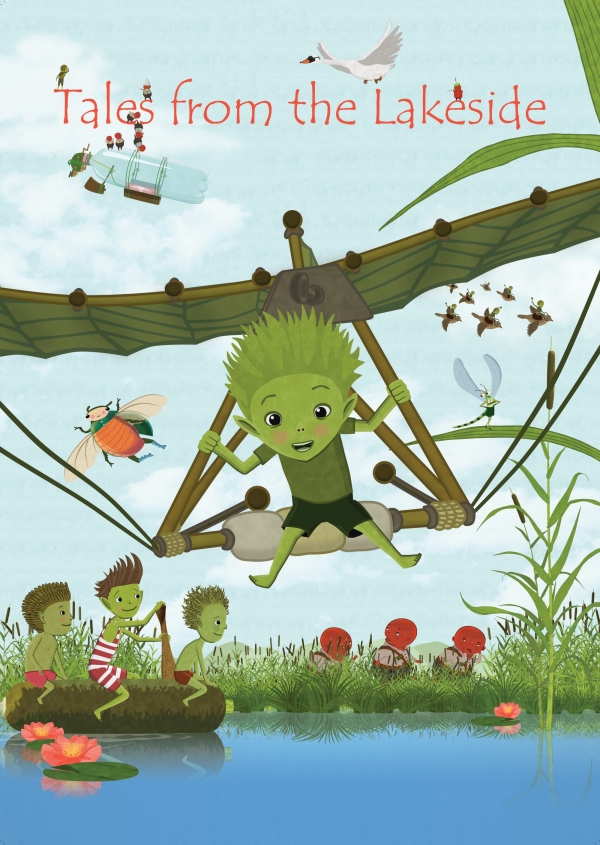 The green Verdies are the tiny, but brave guardians of the lakeside. The young Verdies only become guardians when their hair turns brown. Until then, however, life is boring. The youngsters with green hair are not allowed to fly on warblers, not allowed to row alone, and they’re not allowed to ride wild frogs at the rodeo. Willy Whistle’s big dream is to become a guardian, but his curiosity always gets him into trouble. However, the whole lake becomes at risk when the enemies of the lakeside, the Grimps and the swans, enter into alliance. The guardians are helpless, but Willy comes up with a daring plan in order to save his home and his trapped friend, Jeremiah Jump. Luckily he is not alone, because Grandpa, the water snakes and the frogs also come to his aid...