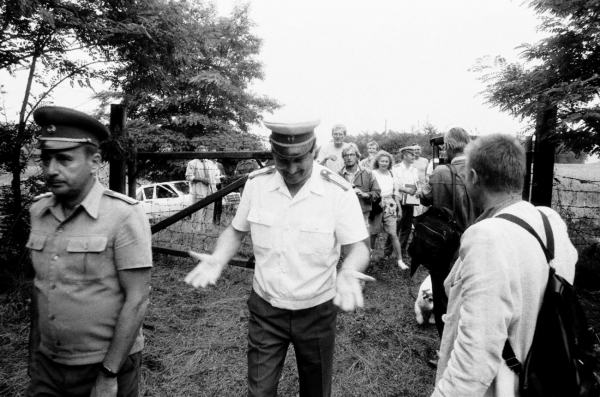 NO COMMAND! 1989 – the reinvention of Europe. A regime that has been in power for 40 years suddenly collapses, the borders get redrawn.

NO COMMAND! tells the eerily similar stories of border guard lieutenant colonels Árpád Bella and Harald Jäger who, exceeding their own authority, allowed the euphoric crowd of East Germans to pass first the Hungarian, then the German border.
”The time of the lieutenant colonels has come,” Bella said. We follow the stages of the two border openings with the characters of the story. They are the officers who were left to their fate by the reigning power – without getting a concrete command.
The tragedy of an East German family stands in the focus of the film: they tried to get through the border a few days later. The cathartic story of Kurt-Werner-Schulz, the last victim of the Iron Curtain carries the message of forgiving.
NO COMMAND! is the dramatic mixture of facts and personal history. Archive sequences, pictograms and provocative graffiti strengthen the visual world.
„Hungary knocked the first brick out of the Berlin wall.” (Helmuth Kohl)