PERFECT AS YOU ARE 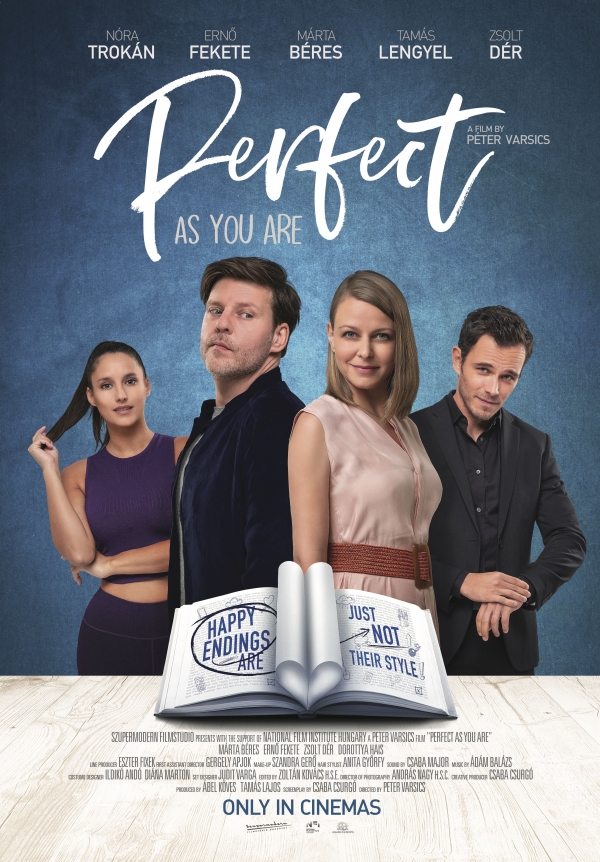 András Somos is a divorced, nearly forty, burnt-out advertising man, whose greatest desire is to be a writer of high literature, but his first novel was a terrible flop, both in sales and reviews. Kata Tordai is thirty-two, a former hospital assistant, who only wanted to write her anger away, but in the end, she became a spiritual/self-help star author with hundreds of thousands of fans. One random morning, András and Kata run into each other in the elevator on the way to see a publisher. It is hate at first sight, and only made worse by the fact that András’s new novel gets rejected by the publisher because of their interest in Kata. The two of them meet again at an awards gala, and at the night’s end, Kata posts a photo of the two of them on her Instagram profile. Tens of thousands of fans see the picture, and to András’s great surprise, the post prompts his book to start selling. His advertising instincts kick in, and he decides to exploit this serendipitous marketing strategy and ride the waves of Kata’s success for his own gain. He befriends Kata and urges her to post more photos of them together. As they become closer, their initial antipathy slowly turns into mutual attraction. Kata has a liberating effect on András, while he seems to help Kata confront herself, which is just what she needs. By the time scheming András gets the public to believe he and Kata are actually in a relationship, both of them have true feelings for the other. But sooner or later, András’s plot comes to light and the relationship ends in a furious storm. Without Kata, András realizes what he truly feels for her, sees his own cowardice, and is forced to come to terms with himself. Admitting your faults can hurt, but finally, both of them knock down their walls made up of lies, until they stand there facing each other, exposed and honest, with a glint of hope for a life they might make together.