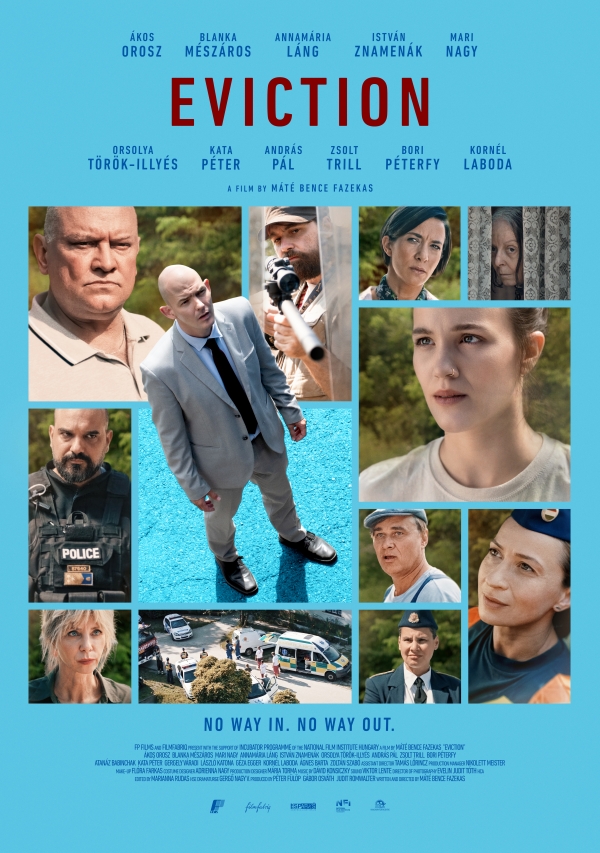 Richard, an ambitious young court bailiff finally gets his first case: evicting an old lady. But on the day of the eviction he has to face an unpleasant surprise: the lady starts threatening him that she is going to blow herself up with a gas cylinder if he enters the house. Richard doesn’t believe her. He is sure that she is just bluffing. But the eviction is getting bigger and bigger as the lady carries on with the threat and more and more authorities appear in front of the house: police, firemen, ambulance, the gas-, water-, and electricity company, the special forces, and even a hostage negotiator. It all started as an easy routine task and now there is a huge mess because of the threat on an explosion. The control slips out from Richard’s hands who has to prove to his court bailiff father (and also to himself) that he is good enough to take his office. He picks a fight with almost everyone to make things move faster but the legal and bureaucratic ways of doing things in a situation like this are bigger than him.