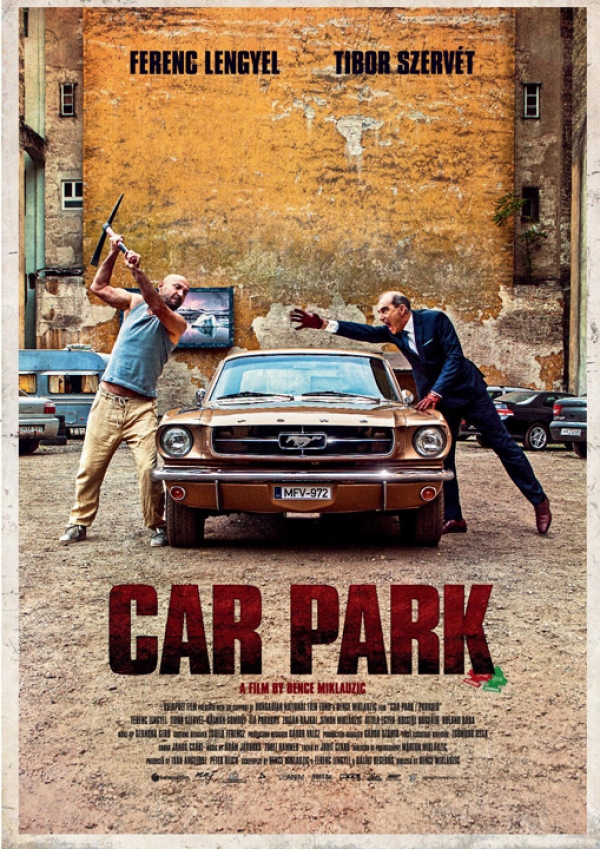 The story takes place on an empty plot of land surrounded by apartment buildings in the very heart of Budapest. This is the car park where LEGIONNAIRE is king. For him, this small square of land is the centre of the world; and this is where a family of blackbirds live, and he has become very fond of them. But a dark shadow spreads across Legionnaire’s perfect little world when a ginger cat appears on the scene and sets its feline sights on one of the adult blackbirds. And then, as if none of this were bad enough, IMRE pulls up in his 1968 Ford Mustang. Anyone can park wherever they like, except for one particular spot: an area sheltered by a roof where Legionnaire has buried a little blackbird. But Imre is determined to secure this parking space at any cost. Legionnaire has a double battle on his hands: with the ginger cat that gradually exterminates the blackbird family, and with Imre who is not used to getting no for an answer. We soon see that their war is no longer about where a man can park his car, but rather a desperate struggle between two very lonely figures who are forced to face the lie they are living and the scars they carry from their past, as they learn to abandon the very things they once thought constituted the meaning of their lives.