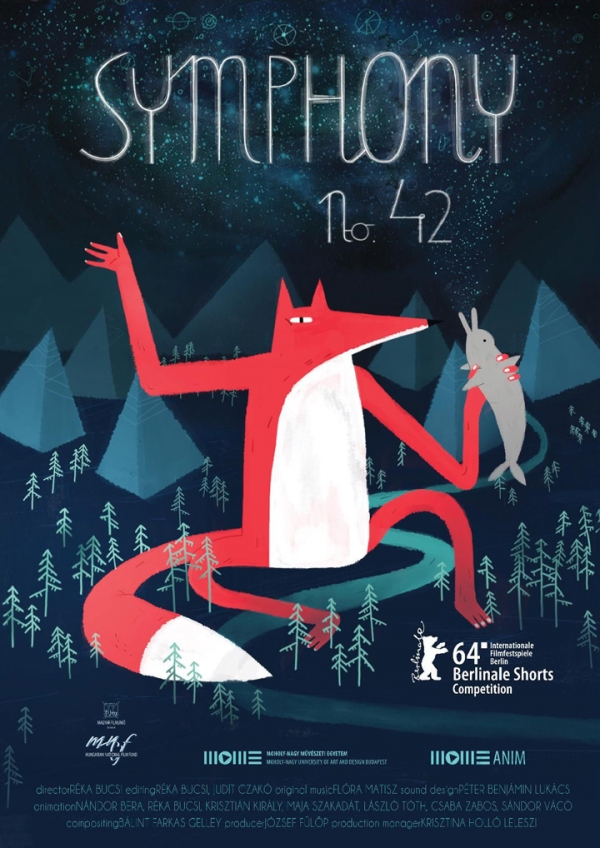 The film presents 47 observations in the irrational connections between human and nature. The film applies an unconventional narrative. It presents a subjective world through 47 scenes. The small events, interlaced by associations, express the irrational coherence of our surroundings. Surreal situations are based ont he interactions of human and nature. Differences between human and animal diminish, everyone is doing their jobs and leaving traces. Every small movement affects another, building an unpredictable, irrational system. The fox, with it’s attempt to describe the material world, the rules of tiny particles that secretly determine our everyday life, sets another world in motion. We wander further and further, to the Milky Way int he fortune-teller’s crystal and it’s cosmic scales. After peeking into 47 scenes told with humor, compassion, and curiosity, we fall back to the forest, from which we were spying the same universe in the form of a star-spotted sky.